Puzzles are solvable, knowable, with clear rules and objective answers. Mysteries are complex, murky, incapable of resolution. The world is full of both: why is it that we so often fail to distinguish between them? 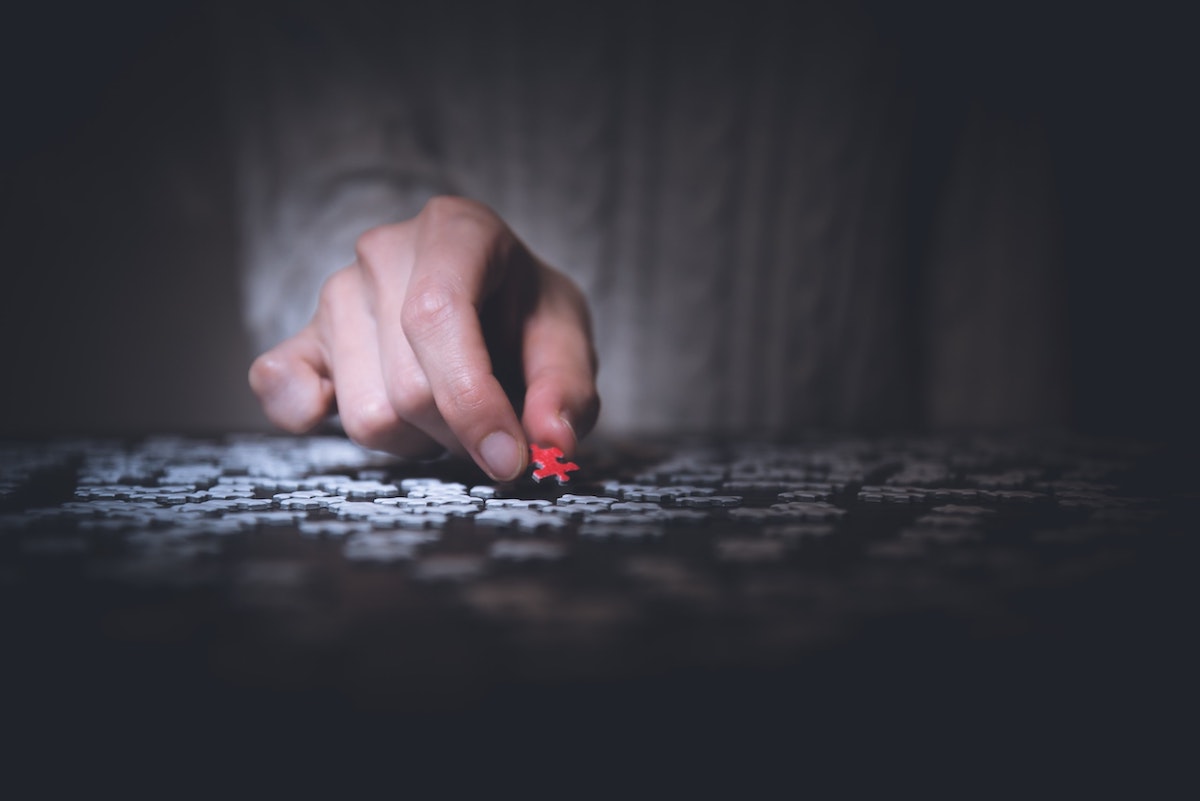 “Corporate” vs. “startup” mentality; suits vs. creatives; quant vs. qual; logic vs. limbic. These dichotomies crop up all over the place, and hint at two different ways of viewing the world – two different mindsets, two different approaches to problem-solving. But which is correct? Which is more effective?

The question is a false one, of course. If only one extreme made sense, the other would have vanished long ago. The very existence of both suggests that they’re each appropriate at certain times and in certain places. But when, and which?

Facing a similar question, veteran US intelligence analyst and former Chair of the National Intelligence Council, Gregory Treverton, developed a distinction between two types of problems that he thought the US faced: “puzzles” and “mysteries”.

Puzzles have clear definitions, simple rules, and objective solutions. “Even when you can’t find the right answer, you know it exists,” Treverton wrote. “Puzzles can be solved; they have answers.”

No three positive integers satisfy the equation an + bn = cn for any value of n greater than 2.

You could explain the problem to someone with rusty GCSE-level mathematics in a single sentence. You could try it out yourself, popping in some values of a, b, c, and n and seeing what came out. It’s inarguably simple. And yet solving it took 358 years of effort from the world’s mathematicians, between Fermat’s conjecture in 1637 and Andrew Wiles’s publishing the first proof in 1995.1 For centuries the most famous unsolved problem in mathematics, it was most assuredly not easy. And yet it was very much a puzzle: it had a clear definition, simple rules, and an objective solution.

Mysteries, on the other hand, have murky definitions, unclear and complex rules, and no objective solutions. It’s not only not known how to “solve” them, but it’s not even clear what an answer might look like:

“A mystery cannot be answered; it can only be framed, by identifying the critical factors and applying some sense of how they have interacted in the past and might interact in the future. A mystery is an attempt to define ambiguities.” (Treverton)

Cast your mind back to January 2020, as the novel coronavirus was emerging in Wuhan and beginning to spread internationally. Someone trying to answer the question “what will happen with this virus in the next six months?” was not facing a puzzle; there was no simple and objective answer to this question, but rather hundreds or even thousands of competing and contradictory theories. It’s not merely that we didn’t know the answer to that question, but rather that we couldn’t have known. There was no process that could have been followed in January 2020 that would have arrived at an answer: it was fundamentally unknowable, and fundamentally a mystery.

The world is full of puzzles, and puzzles are able to be solved. We generally solve them by acquiring more information, by revealing more about the problem. As Malcolm Gladwell noted:

“A puzzle grows simpler with the addition of each new piece of information: if I tell you that Osama bin Laden is hiding in Peshawar, I make the problem of finding him an order of magnitude easier, and if I add that he’s hiding in a neighborhood in the northwest corner of the city, the problem becomes simpler still.”

But the world is full of mysteries, too – perhaps increasingly so – and we cannot solve them. Unlike puzzles, mysteries do not have a lack of information at their heart; in fact, they typically have the opposite, an overabundance of information that creates a confused and disorientating picture. Often, we are ourselves entangled with the problems: actions we take change the nature of the problem, as others react to us. More information tends to confused, rather than illuminate, as Jeanne Liedtka and Tim Ogilvie explain in their book Designing for Growth:

“No amount of data about yesterday will solve the mystery of tomorrow.”

The solution to mysteries is to feel our way through the fog, learning more as we go, constantly re-evaluating the big picture, keeping hold of useful narratives and discarding bogus ones, developing rules-of-thumb and heuristics rather than ironclad laws, constantly exercising judgement rather than defaulting to process and rules.

The biggest problems, the source of all those tensions between “suits” and “creatives”, between corporates and startups, between qual and quant, come from a misdiagnosis of the problem at hand: from treating something as a puzzle that is really a mystery, or vice versa. The tools that solve puzzles not only fail to “solve” mysteries, they make them worse – and the tools that help us frame and understand mysteries do nothing to figure out those solvable puzzles, either.

This misdiagnosis stems partly from temperament. Like Isaiah Berlin’s hedgehogs and foxes, some people are drawn to the straightforward, black-and-white nature of puzzles, and tend to see the world as a series of discrete problems to be solved; others relish the uncertainties and ambiguities of mysteries, and are conditioned to see the world as shades of grey, full of murky, complex, interwoven narratives with no easy answers.

As Liedtka and Ogilvie explain:

“[L]arge organizations are designed for stability and control, and are full of people with veto power over new ideas and initiatives. They are the ‘designated doubters’. The few who are allowed to try something new are expected to show the data to ‘prove’ their answer and get implementation right the first time.”

This mindset makes sense when approaching a world full of puzzles. If the problem is a lack of data, insisting on the obtaining of that data is a sensible precaution. But it fails utterly when faced with a mystery.

The reverse is true, of course. Resisting the simplification of problems, challenging data, embracing uncertainty, keeping track of the big picture, making connections between disparate topics; these are attitudes that help frame mysteries, but are counterproductive in solving puzzles.

We can avoid the misdiagnosis of puzzles and mysteries in two ways.

First, we can acknowledge our own biases and temperaments, and understand what our natural starting point is. If we gravitate towards the solving of puzzles, we might get lost when faced with a mystery; if we relish the uncertainty of mysteries, we might waste time and energy when faced with puzzles. Is our view of the situation being shaped by our own biases and desires? Could we try to see things from the opposite perspective?

Second, and appropriately enough, we can apply a heuristic. In their book Radical Uncertainty, economists John Kay and Mervyn King suggest three questions that point to “tame problems” or puzzles rather than to “wicked problems” or mysteries:

If we can confidently answer “yes” to those questions, we’re likely to be dealing with a puzzle: solvable, decipherable, knowable. If not, we’re in the realms of mystery, and the quicker we can become comfortable with that – and with the uncertainty and ambiguity that comes with the territory – the better off we’ll be.