Ethical brands often use guilt to sell their products. But does it work? And, more importantly, is it right? 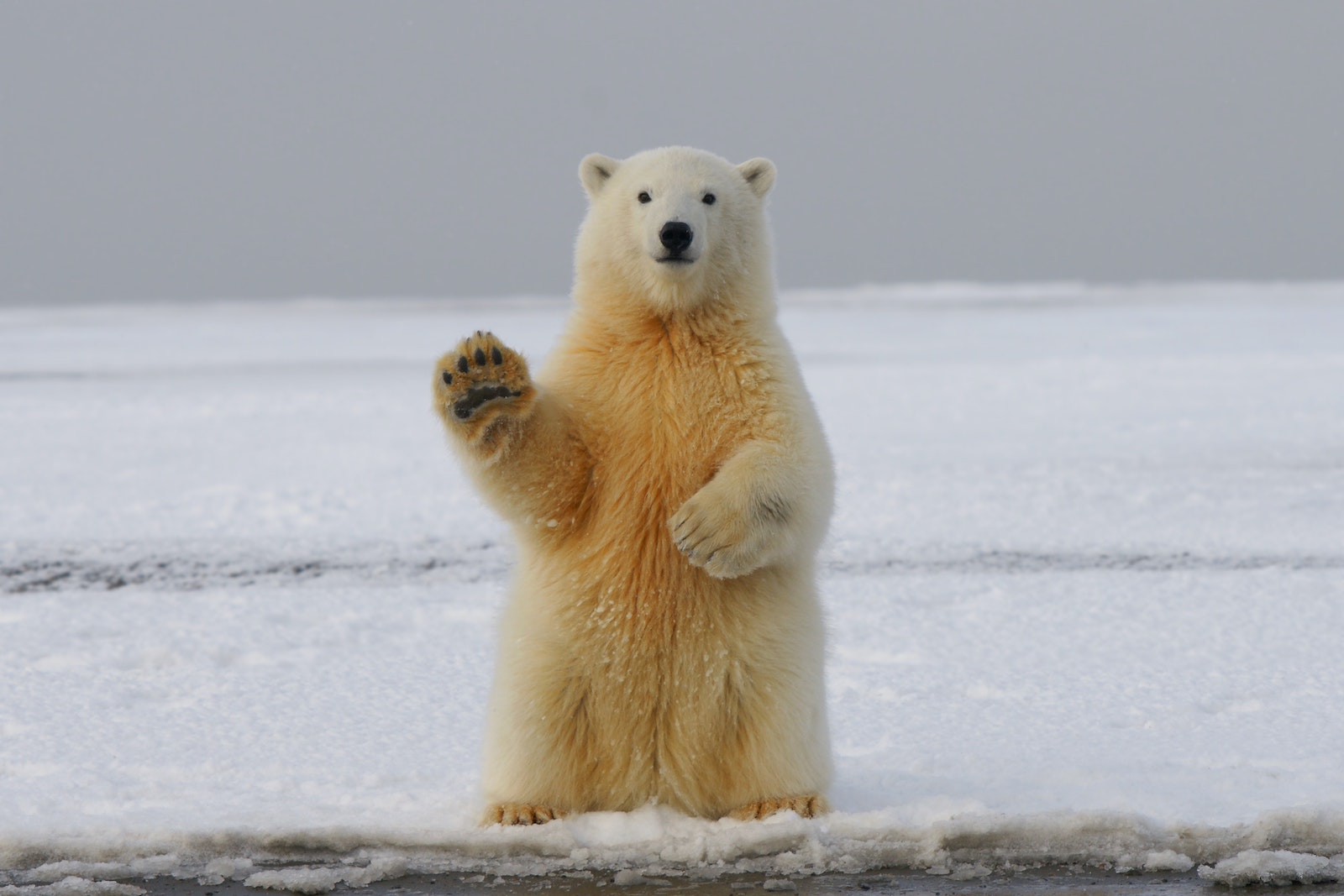 In the fight against climate change, almost everything comes laced with guilt. Sustainable brands shame consumers of their competitors’ products; broadcasters break our hearts with images of animals suffering from a loss of habitat; individuals play holier-than-thou lifestyle Top Trumps with their friends; the online mob mass-shame whoever has drawn their ire that day. It’s all guilt. But is it effective? Does anyone change their behaviour as a result of it, or is the only impact our own gradually increasing collective misery?

“All shaming does,” says the climatologist Michael E. Mann, “is make people feel bad.” John Schwartz, the New York Times climate writer, agrees. “For a lot of people, shaming is its own reward: that feeling of standing on the moral high ground is a hell of a drug.” And the philosopher Steven D. Hales argues forcefully that the effects of sustainability-guilt are far-reaching and negative:

“If we don’t try, or don’t try hard enough, we should feel culpable, and we have a concomitant moral responsibility to shame our lazy neighbors who refuse to make an effort. That’s a mistake. It not only makes us guilt-ridden and worse off psychologically, but even more harmfully it also provides only the illusion of effective action, thereby allowing global problems to fester without a proper solution.”

Despite all that, guilt exists. It’s pervasive. And individuals do regularly change their behaviour as a result of feeling guilty – or to avoid future guilt. If you’re the owner of an ethical, sustainable brand, and if you believe that individuals’ lifestyle changes are an important part of fighting climate change – as I think you should – then isn’t guilt a useful tool? Can’t it help people to make sustainable choices, to pick the ethical option over the planet-screwing one?

Guilt can certainly be an effective tool for persuasion. In 2014, Paolo Antonetti and Stan Maklan studied whether communications that inspire guilt lead to more ethical purchasing decisions, and found that they do. When people don’t make the ethical choice, they’re able to rationalise their unethical decision to themselves. For example, many people, when asked why they buy less-than-ethical products, exhibit denial of responsibility; they claim that circumstances prevented them from making a more ethical choice. Likewise, many people make an appeal to higher loyalties; they would have bought the ethical option, but it was simply too expensive or too ineffectual, and those were more pressing concerns.

“After feeling guilt or pride, consumers are more likely to see themselves as the cause of particular outcomes, and less likely to rationalise away their own personal responsibility.”

John Peloza, Katherine White and Jingzhi Shang explored similar territory in a 2013 study. They found that the anticipation of future guilt was a powerful motivational factor in people’s decision-making:

“…when self-accountability is activated, consumers will be more likely to select an ethical option to avoid the potential future guilt associated with choosing an alternative, less ethical product… anticipated guilt is particularly germane when consumers contemplate responses to (un)ethical behavioral alternatives… When the decision-making situation activates consumer self-accountability, consumers prefer products promoted on the basis of ethical attributes over self-benefits.”

Brands that inspire a sense of guilt in consumers, then, can exploit those feelings of guilt to encourage more ethical purchasing behaviour – and can assume that messaging about ethics will be effective. “You there! Yes, you, holding our competitor’s product! Think how guilty you’ll feel when your friends ask you what brand you buy and you’re forced to answer ‘the unethical one’. You’ll feel so much better if you buy our, more ethical product – and so would the planet!” And so the conversion occurs.

Perhaps a more important question than whether brands can inspire guilt in order to effectively sell their products, though, is whether they should. The guilt-inducing approach is not without its drawbacks.

For starters, there are the ethical considerations. No matter how sustainable the product, is it really ethical to manipulate people’s emotions in this way – far beyond the level of “ordinary” marketing’s manipulation? Antonetti and Maklan think brands should be careful:

“Although there is evidence that guilt is widely used in marketing, the ethicality of promoting responsible behavior through the use of negative emotions is debated. Although we do not think that relying on guilt is morally questionable under all circumstances, we suggest that marketers should first try to achieve their goals through positive emotions, which are much less likely to generate unexpected negative consequences.”

What are these “unexpected negative consequences”, though? The most dangerous is the emotional backlash. There’s a thin line between guilt and shame, but a huge difference in effect. Guilt tends to promote a “problem-focused” coping reaction in people; shame, on the other hand, leads to “emotion-focused” coping. In the former response, people will look for ways to change their behaviour to solve the ultimate source of the guilt; in the latter, they’ll simply try to regulate their own emotional experience, leading to anger or denial. This shift from guilt to shame happens when the feeling elicited in consumers is too intense – something that brands have little control over and few ways of judging in advance.

Look at Oatly’s latest TV ads, for example, which present the consumption of cows’ milk as something akin to a destructive addiction, mirroring the language of alcoholism and interventions. They’re far too much: they provoke in their supposed target audience a defensive response, and make them less likely to make the switch. As a “Dad”, you’re either not yet switched on about climate issues – in which case this forceful public shaming is going to make you more resistant and make you rationalise away your behaviour – or you are already knowledgeable, in which case the ad is insultingly wrong. As Katherine White notes:

“In one experiment, when accountability was subtly highlighted… consumers reported anticipating future guilt if they failed to shop for green products, and 84% chose fair trade options. However, when an explicit guilt appeal was used… they became angry, upset, or irritable, and only 40% chose the fair trade option. Indeed, an abundance of other research confirms that activating moderate amounts of guilt, sadness, or fear, is more effective than trying to elicit a strong reaction. This research suggests that charity or cause appeals that use particularly emotive images… may not be as effective as less heavy-handed ones.”

The other significant negative consequence of guilt-based communication is on the unity of the movement against climate change. Inspiring guilt in others has a habit of becoming a purity test, which drives a wedge between an otherwise-united group: if you should feel guilty about, say, eating meat, then the movement of those who are concerned about climate change becomes split between those who do and those who don’t eat meat. Repeat for air travel, dairy consumption, car driving, and any of a million other issues and the result is an unworkably fragmented movement. Michael E. Mann bemoans this at length in his book The New Climate War, presenting it as a dream scenario for the so-called “inactivists”, who want to stymie the fight against climate change:

“As with any broad and diverse community, there are natural divisions within the climate movement that fall along lines, for example, of age, gender, ethnicity, political identity, and, of course, lifestyle choices… dividers employ the wedge strategy to sow division and discord within the climate community. The principle is simple: divide climate advocates so they cannot speak with one voice, and use this internal division to distract, disable, preoccupy and nullify.”

It’s certainly possible for brands to use guilt to inspire consumers to make sustainable choices. But it’s a path that’s fraught with danger, and the consequences of failure are to make the situation far worse than it was before. When it comes to climate change, that’s a risk that collectively we can ill afford. Sustainable brands need to work hard to persuade consumers that their choices can have an impact on climate change, but making them feel guilty for their past choices isn’t the answer. Best to stick to a positive framing, and to foster pride rather than guilt.

Michael E. Mann. “The New Climate War: The Fight to Take Back Our Planet”. PublicAffairs, 2021

Paolo Antonetti and Stan Maklan. “Feelings that make a difference: How guilt and pride convince consumers of the effectiveness of sustainable consumption choices”. Journal of Business Ethics 124(1), September 2014

John Peloza, Katherine White and Jingzhi Shang. “Good and Guilt-Free: The Role of Self-Accountability in Influencing Preferences for Products with Ethical Attributes”. Journal of Marketing 77:104-119, January 2013