Forests are the ultimate ecosystems: complex, dynamic, regenerative. What if cities were more like them? 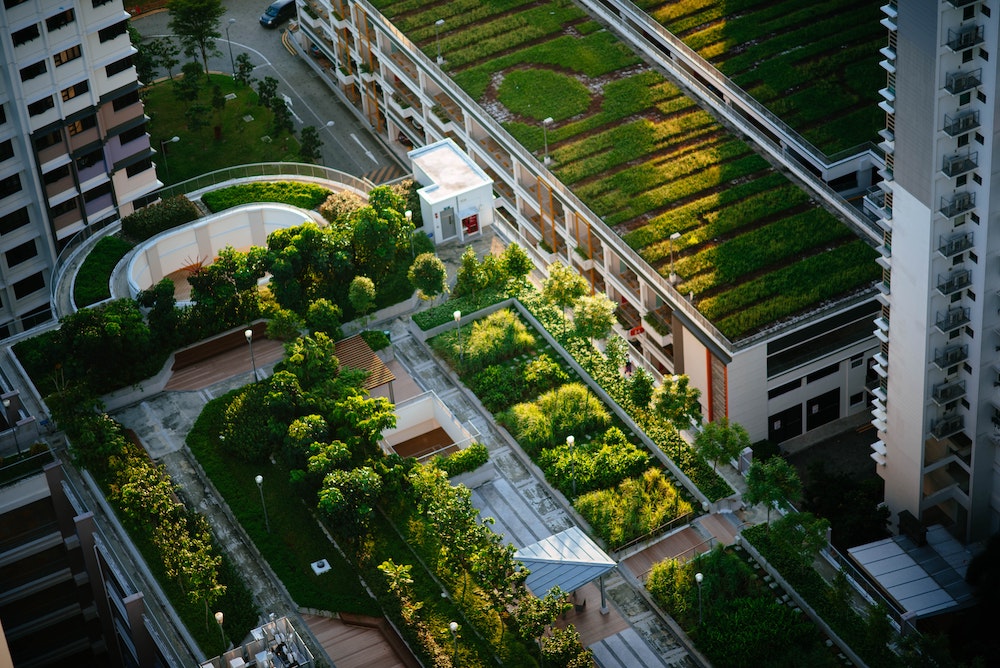 Forests are fantastically complex ecosystems. They’re the result of countless interactions between individual organisms like fungi, plants, and animals, interactions that organise themselves into a resilient and hierarchical web. Species live and die, thrive and decline, all playing their part in something far bigger than any one organism or even any one species. As systems, they’re not closed but are porous, exchanging energy and matter with other systems beyond their boundaries.

Cities are similar in so many ways to forests. Although they have mayors and civil servants, passing regulations and attempting to nudge them in different directions, nobody truly plans a city. Whether they thrive or decline depends on countless interactions between individuals. They’re open, too, with different factors pulling and pushing people toward and away from them. These individuals make countless small decisions about what to do and what to build, responding to events and to each other. From these interactions emerges a whole fabric of human culture, whole lives lived within and defined by the properties and values that emerge from cities, all playing their part in something far bigger and far more enduring than themselves.

The crucial difference between forests and cities, though, is that forests are by their very nature regenerative. From a fallen tree bursts a colony of fungi and microorganisms, decomposing and reusing the tree’s organic matter and its energy; a deer that eats a plant is in turn eaten by a wolf, whose own death provides a feast for scavengers and microorganisms. The carbon dioxide breathed out by vertebrates is inhaled by plants, which exhale oxygen in their turn. At each stage of decomposition, nothing is wasted, and the ultimate source of new energy into the system is from the sun.

Cities, by contrast, are degenerative. They take materials and energy from the natural environment. A single building emits tons of carbon in its construction, requires the burning of fossil fuels to heat it during its lifetime, and – when its useful life is over – gives nothing back in its destruction. The fabric of the city itself, designed with humans in mind, is hostile to other species: the native plant and animal life is destroyed, replaced by a handful of species that have adapted to thrive alongside humans and our rubbish; paved surfaces cause flooding, endangering ecosystems even outside the city’s boundaries.

And yet well over half of the world’s population live in cities. By 2050, that figure will be close to seventy per cent; in the developed world, it will be more like eighty per cent. Seventy per cent of the world’s carbon emissions are generated in cities.1 In China and India, people moving from villages to cities end up increasing their consumption of resources four-fold.2 As a species, we’re on a relentless march towards urbanisation, which means – as things stand – we’re on a path that leads to more degeneration. To cope with this growing urbanisation, the amount of global building stock will need to double, adding a quarter of a million square kilometres of new and renovated buildings – equivalent to building one New York City every month for forty years.3

This isn’t some far-off dream. A standard for regenerative buildings has already been developed; the International Living Future Institute has been hosting the Living Building Challenge since 2006. It defines an increasingly ambitious standard for single buildings, aiming for them to become regenerative structures that give back more than they take out of their local environments and out of nature. Living buildings must collect all their water themselves, for example, and must produce at least 105% of the energy that they themselves need. But more than that they must be beautiful, and must be designed to be useful, usable, and inspiring to their inhabitants. The first building to meet these standards was built ten years ago: Seattle’s Bullitt Centre.

A city populated by regenerative buildings would mark a significant step towards the city being regenerative as a whole: so much of a city’s degenerative footprint comes from its buildings. But it’s not everything: another huge impact comes from people moving around between those buildings – from transport. The regenerative city would inevitably encourage regenerative forms of transport. Ideally that would mean walking and cycling, not just because they’re truly regenerative and zero-carbon, but also because they have broader positive impacts on people’s mental and physical healthy. But for longer journeys, and for people for whom active transport isn’t possible, well-funded and widespread public transport is essential – powered by renewable energy, of course.

The third and perhaps most obvious way that cities could be more forest-like is to plant more trees. In Beijing, trees have been planted as part of a plan to create a “sponge city” – one that absorbs rainwater, rather than flooding as the city has done catastrophically in its history, most recently in 2012. But trees can also be woven into the fabric of the city itself: the most striking example of this in recent years is Milan’s “Bosco Verticale” (“vertical forest”). Two residential towers, one nineteen storeys high and one twenty-seven, have around 8,900 square feet of terraces containing 800 trees, 5,000 shrubs, and 15,000 vines and perennials. The two towers have an amount of greenery equivalent to five acres of forest, greenery which buffers noise from the city, provides clean air, and sequesters 20,000 kg of carbon every year.

So far, so utopian. But how do we actually get there? The beautiful thing is that, just as forests grow organically and without central planning, so too do cities. They change almost unrecognisably over time, and change in ways that reflect the undirected-but-shared desires and beliefs of their inhabitants, the cultural priorities held by successive generations.

What’s needed is for people to start making the change, and that requires incentives. That means planners adopting building codes like Ed Mazria’s ZERO Code, to force new buildings to be regenerative. (That’s already happening in lots of cities across the world.) It means legislators and regulators encouraging good behaviours (low energy use, use of active transport) and discouraging bad ones. But lots of the incentives are already aligned. Living buildings provide a much more beautiful and relaxing environment in which to live; parks and woodlands are places that people actively seek out to visit; well-insulated homes with solar panels are more comfortable and have lower energy bills than poorly insulated ones without them. Cities have been reinventing themselves for the whole of human history; there are reasons to be optimistic that they’ll reinvent themselves towards regeneration, and in doing so ensure their survival for millennia to come.