How do you live in the moment without denying yourself a future? 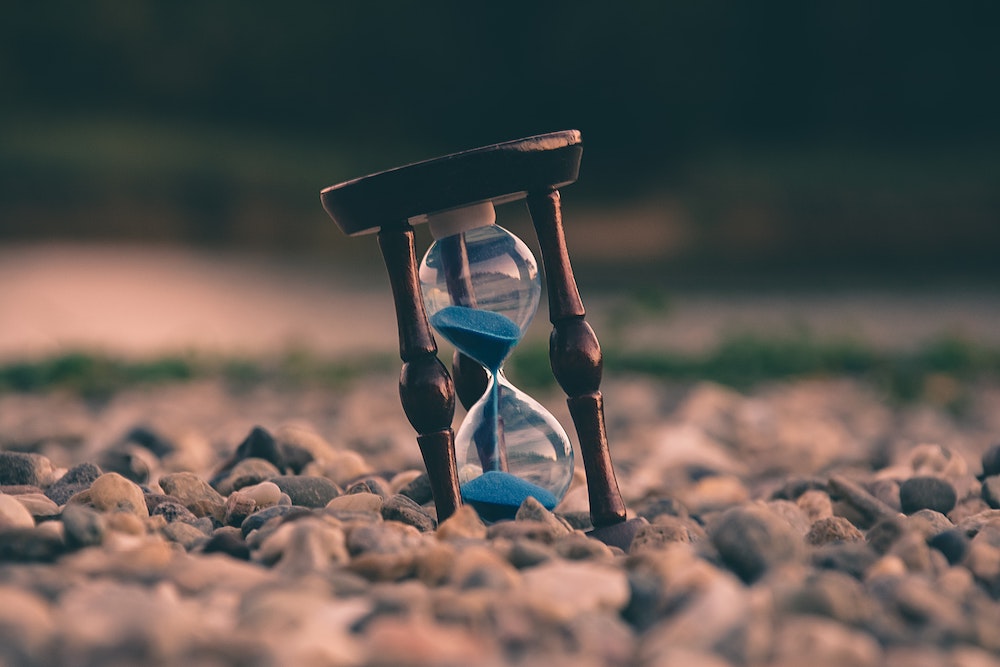 I read an idea on Matt Webb’s blog years ago that’s stuck with me. It seems like a reasonable rule of thumb that it takes you roughly five years to get good at a particular career – to get your head into it, to understand how it works, to go from being a novice to being able to make a contribution. Then it takes another five years to do it at a high standard. Then, finally, you can put your own spin on it – make your mark, do it in your own way, achieve some sort of mastery. If you do the mastery part for five years, then you end up with 15 years split into three neat five-year blocks:

Most people’s working lives last from roughly their early twenties to roughly their mid sixties. That’s 45 years – conveniently just enough for three of these 15-year careers. So you’ve got the time at least to get genuinely, professionally good at three disparate things in your lifetime. You just need to decide what they are, focus on them, and add a whole bunch of hard work.

Webb credits Kevin Kelly, founding editor of WIRED magazine, with the idea. I’m not sure that’s exactly right; the only person I’ve ever been able to find who expresses the “three careers” concept in such neat terms is Webb himself. But Kelly has certainly thought along similar lines. He wrote in 2007 about being inspired by his friend Stewart Brand, creator of the Whole Earth Catalog and one of Ken Kesey’s merry pranksters:

“I am now 55 years old. Like a lot of people in middle age my late-night thoughts bend to contemplations about how short my remaining time is. Even with increasing longevity there is not enough time to do all that I want. Nowhere close. My friend Stewart Brand, who is now 69, has been arranging his life in blocks of 5 years. Five years is what he says any project worth doing will take. From moment of inception to the last good-riddance, a book, a campaign, a new job, a start-up will take 5 years to play through. So, he asks himself, how many 5 years do I have left? He can count them on one hand even if he is lucky. So this clarifies his choices. If he has less than 5 big things he can do, what will they be?”

But Kelly was thinking this way even before he met Brand. In his twenties, while travelling in Jerusalem, he had a religious experience in which he became convinced that he needed to live his life as though he had six months to live – as though he really believed that he’d die in 180 days’ time.

He realised that what he craved in those six months wasn’t what he might previously have expected – to do the obvious bucket-list activities, to climb Mount Everest or to see the world. Instead, he wanted to return home to New Jersey to his parents, and to live an ordinary life. So he did: he returned home, painted fences, cooked meals, got to know his parents better, and generally lived out an ordinary existence.

He also felt, though, like he needed to see his siblings, who were scattered throughout the USA. So, he gave away what few physical possessions he had, and mailed virtually all of his money to various people, anonymously, in the form of cashiers’ checks. (This is, he says, the first act of pure charity he’d done in his life.) He then set out on his bicycle to visit his family, travelling more than 5,000 miles across the USA, sleeping in a tent, and only returning home towards the end of his allotted six months.

Far from being a liberating experience, Kelly describes the six months as being almost traumatic; living without a future is, he thinks, “inhumane”. There’s something essentially human about planning for the future; a life lived solely in the present is not lived at all. Having a constant sense of your imminent demise doesn’t, it turns out, make for happy times.

I think that’s what makes the five-year chunk of time so useful. It’s not the dull fridge-magnet cliché that exhorts you to “live every day as if it’s your last”; if you did that, you’d never bother learning to play the piano or to paint or another language or any of the other things that make life fulfilling. But nor does it allow you the escape of assuming that you’ll get to those things “some day”; it forces you to reckon with the commitment that they’ll take. It’s a period of time that allows you to get something significant done, but gives you a deadline for it.

Thinking in five year chunks is simultaneously a kick up the arse – to realise you don’t actually have too many significant periods of time left – and a liberation, a reassurance that, whatever you’ve done in life, you’ve not wasted it or blocked off future options from yourself. There’s always time to start again in something new, whether you’re in your first career or far beyond it. You can enjoy the past without being a prisoner of it; you can live in the moment without being passive or trivial; and you can focus on a better future while making sure it actually comes about. What’s in your next chunk?