Amazon, aggregators, and the death of brands 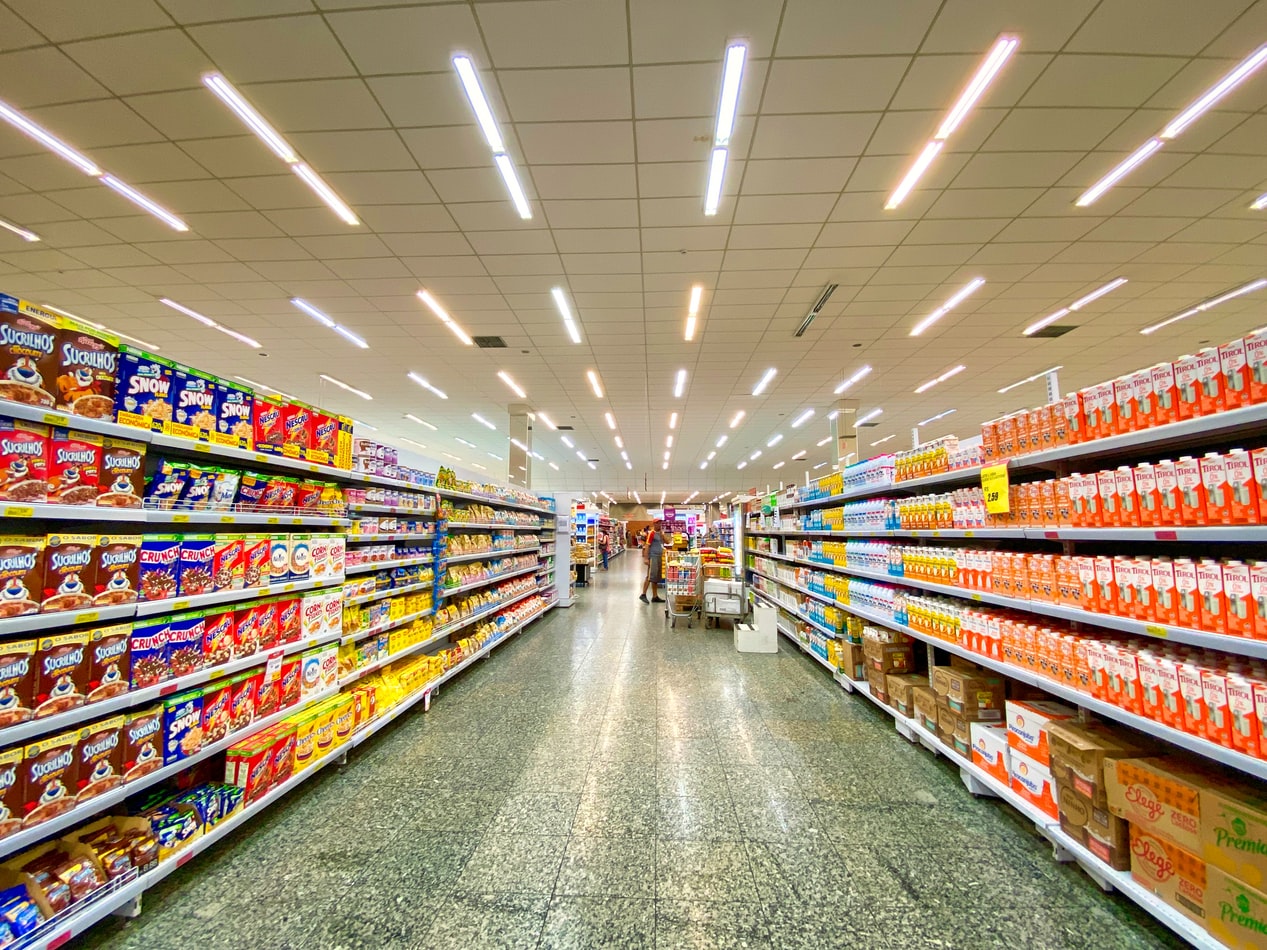 It’s not difficult to imagine: you’re essentially thinking of Amazon, or at least a version of Amazon that has got serious about its Fresh offering and leveraged its ~15–20m UK Prime subscribers to build a significant share of the grocery market.

Brands might look at the ceaseless rise of Amazon and rub their hands with glee – a huge, efficient retailer, with fantastic logistics, encouraging consumers to buy more and more, providing some much-needed competition to the Big Four supermarkets. What could be better? Doesn’t a rising tide lift all boats?

Perhaps, though, fast-moving consumer goods brands should be careful what they wish for. A retailer that embodies those qualities might not just make life difficult for FMCG brands – it might kill the very idea of FMCG brands altogether.

In the old world – the world we’re emerging from – value flowed to those who controlled distribution. That was the scarce resource, that was the hardest problem to solve, and so that was where all the bargaining power was. In the world of FMCG, broadly speaking, supply is concentrated and demand is diffuse; while there are lots of brands and manufacturers creating products, there are many thousands of times more consumers, behaving individually. The value comes in being able to offer products to those disparate consumers, and so the transactional value has been captured by a small number of consolidated suppliers (Unilever, P&G, Johnson & Johnson, Nestle, etc.) with many different brands, and by a small number of retailers with a relatively small number of stores.

In this old world, the key dynamic is that if you crack distribution you’ve gone a long way towards success. Get into a supermarket, with its constrained shelf-space, and you’re automatically in people’s limited consideration set; hammer them with TV advertisements, and they’ll remember to pick you up when they’re next there. It’s a model that worked well for brands and retailers alike – indeed, it’s been the foundation of virtually the entire postwar consumer economy.

The rise of aggregators

Two things have happened as a result of the ubiquity of the internet:

In the new world, value accrues to what Ben Thompson calls “aggregators”: businesses that attract and focus the demand of consumers. In doing so, they create a platform that attracts huge numbers of suppliers – even as it reduces those suppliers to interchangeable commodities.

Likewise with Airbnb. It’s the first port of call for huge numbers of consumers looking for a place to stay, thanks to its trustworthiness and wide selection of properties. Property owners who aren’t listed on Airbnb might as well not exist; they’re forced onto the platform. And so Airbnb wields untrammelled bargaining power over its commodified suppliers.

The danger of being a supplier in a market dominated by an aggregator is stark: you become a commodity, fungible and interchangeable. The bargaining power rests entirely with the aggregator, who is incentivised to improve the user experience of their service by bringing ever-more suppliers on board, constantly diluting your presence and power.

Think back to that example of an aggregator in the FMCG world – a store with infinite product selection, incredible user experience, and enormous levels of trust with its consumers that dominated and effectively controlled consumer demand, reducing suppliers to an undifferentiated mass. Whoever came to dominate consumer demand in this way – Amazon, Ocado, or a business that doesn’t exist yet – the outlook for brands would be worrying.

All of the roles played by brands would be irrelevant in this new world. There would be no need to prompt recall in consumers’ minds; they’d simply search for the product category they needed on the aggregator, and buy whichever one the aggregator recommended. There would be no point in trying to build differentiation; in categories of infinite size, consumers would never make comparisons, but would cede their decision-making to the aggregator. There would be no benefits to “blocking” the brand on shelf, dominating a fixture with lots of product variants; after all, there wouldn’t be a fixture to dominate, and consumers wouldn’t make their decisions by wandering up to a fixture and choosing one of the limited options on offer.

Even if brands did limp along – if we still saw them on the virtual store shelves – they wouldn’t and couldn’t exist as they do now: as significant partners in their relationship with retailers, as differentiated players with bargaining power who earn a significant margin of the ultimate transaction with the end consumer. They’d be in a commercially awful position, with no bargaining power, earning a tiny margin, allowed to exist only by the grace of the aggregator.

It’s not necessarily doom and gloom, although it certainly is if you expect the old ways to continue – if you expect to be able to win distribution and then kick your heels back, job done, watching the sales roll in.

The challenge to this centralisation, integration, and aggregation – if it comes from anywhere – will be from brands cutting through the distributor to reach consumers directly, generating their own demand. If it becomes impossible to be found by a consumer walking the supermarket aisles or starting their journey by searching Amazon, brands will need to find other ways to build awareness and to acquire customers, rather than being reliant on their distribution partners.

The best way to do that is by turning the aggregator dynamic to your favour – by piggybacking on the dominance of another. In 2020, that essentially leaves you with two options. On the one hand there’s Facebook and its total command of consumer attention, whether that be in Facebook, Instagram, WhatsApp or Messenger. On the other, there’s Google and its default role in people’s search journeys, as well as its Google Shopping product comparison service.

The key is to use those channels to acquire customers that bypass Amazon and buy from you direct, that know you by name, that value the differentiated customer experience that you give them, that want to hear more from you and come back time and again to buy from you. Only then can you insulate yourself from the power the aggregator has to reduce you to just one business in a sea of undifferentiated suppliers.

It’s a tall order. It means more marketing spend, and more effort building a direct-to-consumer sales channel. But it’s just about possible – and might mean the survival not just of your brand, but of brands in general.