I’m afraid due to other commitments there’s no weekly article this week; normal service will be resumed next week. But I do have some interesting links for you, which I hope will serve as an okay substitute. Happy Monday everyone!

This collection of label designs from Portuguese fish cans is a treasure trove of typography, vernacular design, and wonderful illustrations. There are thousands to get stuck into. 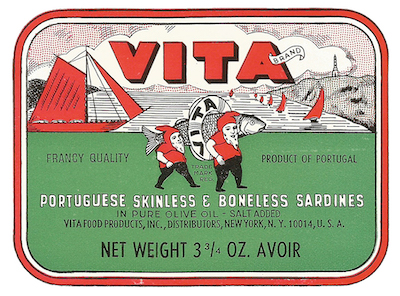 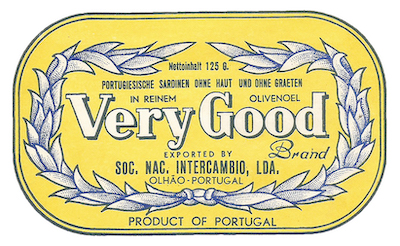 (Does what it says on the tin, I suppose.) 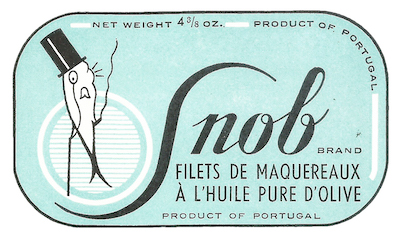 Why Boris Johnson is beyond saving

Andrew Marr, newly anointed chief political commentator of the New Statesman, lays into Boris Johnson and assesses the aftermath of his inevitable departure.

There’s a sombre, personal thread running through the piece:

“I have found Johnson personally charming and amusing many times in the past. But at almost exactly the same time as he was hosting his parties in Downing Street, having a high old time lecturing the rest of us, I was burying my father.

“In the end, it’s all about authority. Belief. Credibility. A prime minister must be able to look his colleagues in the eye, order action, and watch change ripple out. If he can’t do that, what’s the point? You don’t need to be sitting in the grandeur of St Margaret’s, thinking about good men – in my case, my father and Jack Dromey – to feel that politics is at a grubby low point. This is the Tories’ problem. It is patriotic, not partisan, to say it is now their job to clean it up. And fast.”

Adam Tooze’s Chartbook newsletter has a great roundup of news on the unfolding tensions in Ukraine.

In particular, it has a useful explanation for the strange headlines we’ve seen in the last week or so, in which US, UK, and EU sources have been saying that an invasion is imminent, but Ukrainian sources have been playing that down. Tooze quotes Alexander Clarkson:

“I suspect the crisis timelines US and EU are focused on are out of whack with Russian elite timelines, that could lead to a build up of Russian troops staying on or close to Ukraine’s borders for months and years, and Ukrainian societal timelines focused on survival over decades.”

In other words: nobody seems to agree on the length of game that’s being played – but Ukraine itself must always play the longest of long games. #

Is the Pandemic Breaking Our Backs?

From last year, but relevant: the impact of our new working-from-home reality on our posture and the health of our backs:

“More recently, as the coronavirus continues to keep us mostly indoors, working in improvised offices where ergonomically unsound ironing boards, coffee tables, and laps pinch-hit as desks, our sloppy ways of sitting could be taking a toll. Parked in front of a computer, we tend to tuck under our tailbones, candy-cane our spines, scrunch up our shoulders, and crane our necks forward like wilted sunflowers. According to many experts, for every inch that the head lists off kilter, the force impinging on the neck and the back increases by ten pounds. A survey among seven hundred and seventy-eight software workers in lockdown last spring found that shoulder, elbow, and wrist pain had doubled. Bad posture has been blamed for indigestion, constipation, high blood pressure, cracked teeth, infrequent orgasms, negative thoughts, and difficulty performing arithmetic calculations; somewhere, someone has probably implicated it in the Presidential-election results.”

ESG investing on Wall Street is dominated by the assessments of MSCI, which produces the ratings that large institutional investors and funds like Blackrock use to judge their investments.

“McDonald’s Corp., one of the world’s largest beef purchasers, generated more greenhouse gas emissions in 2019 than Portugal or Hungary, because of the company’s supply chain. McDonald’s produced 54 million tons of emissions that year, an increase of about 7% in four years. Yet on April 23, MSCI gave McDonald’s a ratings upgrade, citing the company’s environmental practices. MSCI did this after dropping carbon emissions from any consideration in the calculation of McDonald’s rating. Why? Because MSCI determined that climate change neither poses a risk nor offers ‘opportunities’ to the company’s bottom line.

“MSCI then recalculated McDonald’s environmental score to give it credit for mitigating ‘risks associated with packaging material and waste’ relative to its peers. That included McDonald’s installation of recycling bins at an unspecified number of locations in France and the U.K. – countries where the company faces potential sanctions or regulations if it doesn’t recycle. In this assessment, as in all others, MSCI was looking only at whether environmental issues had the potential to harm the company. Any mitigation of risks to the planet was incidental.”