How do you focus further?

Hello again, after a long absence caused by work, holidays, and sadly illness. But everything’s rosy now in this Monday-morning, post-Glastonbury glow. This week’s article is about focus, and why the common definition of it is (ironically enough) a little too focused.

As ever, please forward this email to anyone who you think might find it interesting, useful, or thought-provoking. If you’ve been forwarded it and want to sign up for the weekly update, you can subscribe here.

Focus is about prioritisation. But that’s just the start 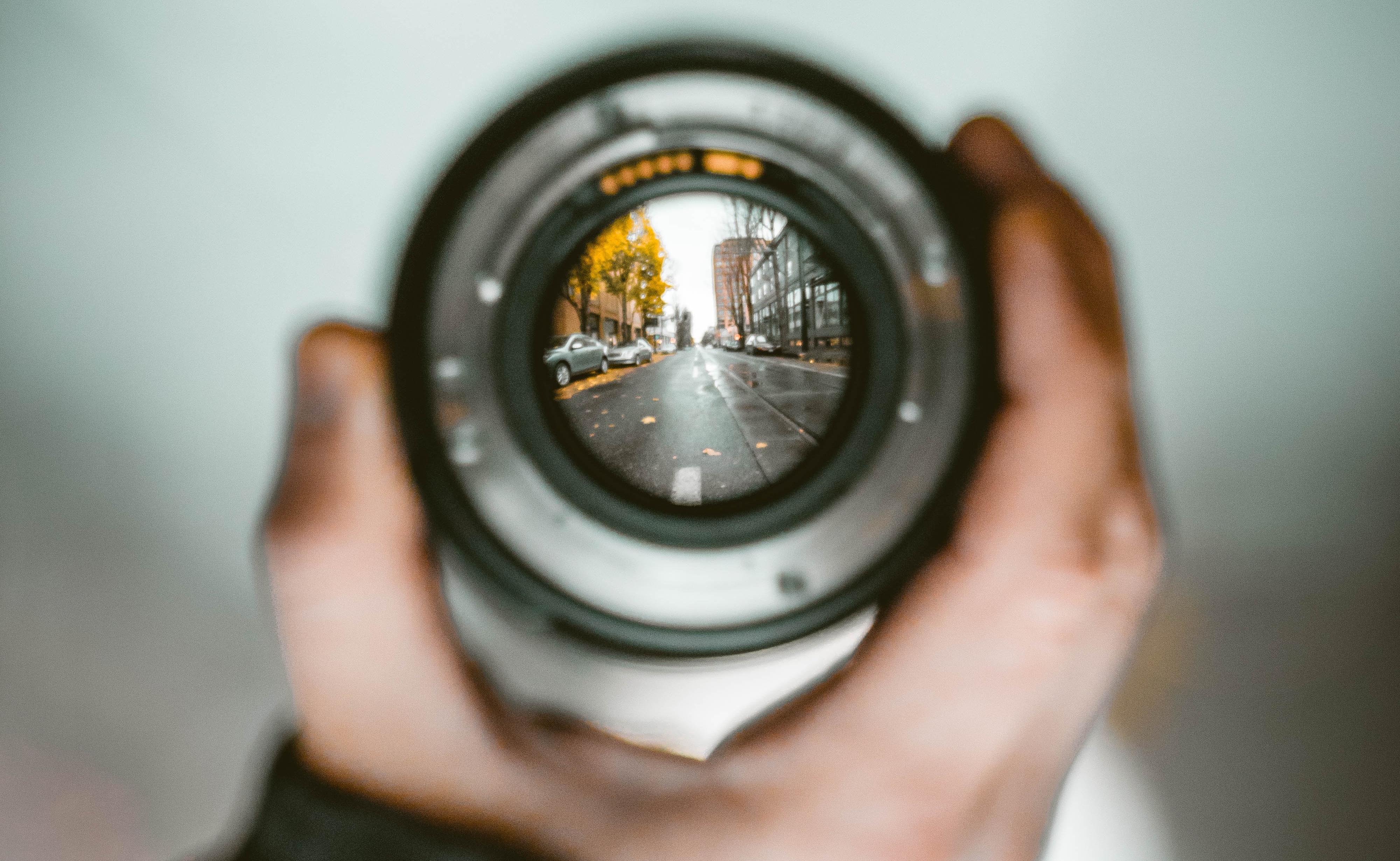 It’s become a truism that success for organisations comes, at least in part, from being focused.

When people extol the virtues of focus, they typically talk about it in terms of choices. Focus is about doing a small number of things: it’s about the quality of your selection, about doing the things that deliver the most value, and about having the discipline not to get distracted by other things.

Making a virtue of this kind of focus is, of course, perfectly fine. It is a kind of focus, and it’s almost always a good thing for an organisation to pursue. But it’s a limited definition, that fails to capture what makes truly focused organisations so effective.

There are two other aspects to focus that are important to recognise.

The first is focus as clarity: the clarity with which you understand and communicate your overall situation and your priorities. This is focus in the way that a good photograph is in focus, its details clear and sharp. The opposite of this kind of focus is confusion and misunderstanding: it’s perfectly possible to have focused on a short list of priorities, but not to understand them clearly, not to be able to communicate why they’re important to others, or for different people to see them differently.

The second is focus as alignment. Priorities that are aligned have a reinforcing effect on one another; it’s as though the force applied to them is multiplied. This is focus in the way that a laser focuses energy into a single point, making it significantly more powerful. The opposite of this kind of focus is to pull in different directions, for each of your priorities to feel isolated and disconnected from a greater whole.

A truly focused organisation, then, has all three qualities in what it chooses to prioritise:

Focus doesn’t just mean ordering your to-do list by value and doing what’s at the top. To have the discipline to focus on just a few of the things that you could do, and to choose those things based on the value they might deliver, is to be more focused than most. But to go further, and to choose your priorities more carefully – so that they’re clear and simple and able to be easily communicated, and so that they’re thoroughly aligned and mutually reinforcing – is to be able to focus further, see further and go further.

While I was in Rome recently I took lots of photos and built a little site called Romer to host photos and writing about the city. The first piece is about watching AS Roma in the Stadio Olimpico, the unbelievable atmosphere, and Italy’s infectious – but somewhat problematic – fan culture. #

I mean, it’s been all over everywhere, so I’m unlikely to be the first to recommend it to you all, but if you haven’t seen Paul McCartney’s masterful three-hour Glastonbury set, you absolutely must. It’s impossible to even pick out highlights. (Okay, I’ll try: the super-tight band, Abe Laboriel Jr.’s drumming, the Foxy Lady solo at the end of Let Me Roll It, Dave Grohl, Bruce Springsteen, holographic John Lennon, that run of Let It Be, Live and Let Die and Hey Jude before the encore…) It’s a master at work, looking nothing like his eighty years. #

Utopia in the age of climate crisis - New Statesman

The “half-earth” part of the title refers to a radical plan to combat climate change. The authors believe that nature is too complex for humanity to engineer, and that it can only thrive if we leave it alone; so half the earth should be left to re-wild; humanity must survive with the space and resources that remain. Ideally, that would mean doing so in a fair and equitable economy:

“The ‘half-Earth’ arcadia, as Vettese and Pendergrass acknowledge, is riddled with peril. In the hands of governments and scientific bureaucracies, it is likely to be a ‘colonial’ solution in which the poor are displaced from their land; conflict intensifies between governments using military force to conserve territory, private military contractors, poachers, and those driven off the land; and the drivers of resource extraction are left unaddressed. Vettese and Pendergrass’s solution is not to abandon half-Earth, but to radicalise it as part of a socialist reformation of the global economy, in which democratic planning replaces markets and state bureaucracies. The goal of such a transformation is to use ‘natural geoengineering’ through rewilding to ‘draw down carbon’ – thereby avoiding dangerous options such as solar radiation management – and ‘create a fully renewable energy system’.”

Seymour digs into exactly what’s problematic with Pendergrass and Vetesse’s analysis, but it’s perhaps the beginning of something interesting. #

Glastonbury has been great, but one of the highlights has definitely been the defiant Skin from Skunk Anansie, in a lime-green suit with “CLIT ROCK” on the back and a rubber headcap adorned with ten metre-long inflatable spikes, belting out “Yes it’s F**king Political”. #

A documentary, directed by the artist Michael Dweck and the cinematographer Gregory Kershaw, that follows a group of truffle hunters in Piedmont, in northern Italy.

The hunters, all in their eighties, face intruders on their patch, a spate of dog-poisonings, and their own age and infirmity. But they go out each day regardless, driven by their relationships with their dogs, their love of the hunt, and – you can’t help but feel – a total lack of desire to do anything else. The film is sparsely shot, without narration or interview, and lets the hunters speak for themselves or to each other.

The result is visually sumptuous and, on a human level, fascinating. It’s on iPlayer (linked), if you’re in the UK; if you’re not, I recommend seeking it out. #

How Postwar Italy Created the Paparazzi

In 1950s Rome, the sprawling film studios created by Mussolini were abuzz with American-made productions. The influx of global stars created, inadvertently, both the profession of the paparazzi celebrity photographer and, in many ways, our modern celebrity-obsessed culture itself. Evan Puschak explains. #

Craig Mod travels to the Kii peninsula, a sacred region south of Osaka that is home to shrines, sites of pilgrimage, lush forests, and fading villages undergoing demographic collapse:

“For me, walking through working villages and towns is the great joy of the Kii Peninsula. Being able to cap a day of strenuous mountain routes with a bath alongside locals, wacky though they may sometimes be, is never not interesting. The whole of the experience, however, is one of acute bittersweetness.

“The countryside of Japan is aging into nothingness, and it’s rare to see people under the age of 50 out and about. Many of the old coastal tea estates have been converted to solar farms – vast fields of trees replaced by gleaming black panels.”

“Abandoned homes and gardens abound. Part of the reason I’ve walked Kii so obsessively in recent years is because I can feel, palpably, the fading of what once was. In Odai, I missed having a cup of coffee at La Mer, a classic Japanese kissaten-style café, by just two months. The 80-something-year-old owner left a sign outside: ‘I’ve aged out of the business.’ In Tochihara, an inn that has been in operation for hundreds of years may soon take its last boarder.”

A Tip for Picking Out Misleading Science News

The news is full of stories lifted straight from scientific papers, lots of which are of dubious quality. David Epstein highlights one recent example – a story with the headline “surgeons who listen to AC/DC are faster and more accurate” – which demonstrates a common abuse of statistics:

“I recommend that when you see this sort of ultra-nuanced effect in a news article, it may be a sign that the researchers inappropriately (but often not maliciously) sliced and diced their data in order to create some tantalizing positive finding, which – given enough data and enough slicing and dicing – they will inevitably find among the many possible false positives.

“Let’s say a study starts out asking whether music makes surgeons perform better, but the results show nothing. Dead boring. So then the researchers separate the data into surgeons who heard soft rock versus hard rock. Ok, now the hard rock shows an effect. But, hmmmm, still no effect for soft rock. But if you look only at the data when the music is low-volume, there’s an effect. Interesting! Headlines!

“But the reality is often that the researchers just sifted the data so much that they were bound to find false positives.”

On those who cry wolf

Paul Raven with a significantly better interpretation of “the boy who cried wolf” than the standard one:

“Or, more simply: assigning a nervy and inexperienced kid to do an adult’s job and assuming you can sleep safely, and then blaming the kid’s false alarms for your sleeping through the eventual and destructive appearance of the thing you set the kid to watch out for, is surely less a story about how kids can’t be trusted to raise the alarm about wolves descending on the fold, and more a story about how fobbing off the hard work of protecting a community on its most vulnerable and inexperienced member is really fucking stupid.”

“The one thing I tell my students is that when you get to a confrontation of any type, you have to remain calm. When you remain calm, you can see the board a lot clearer. You can see the person you’re playing or arguing with a lot more clearly, for who and what they are. So you don’t even have to entertain that shit. You understand?