Can we make our own luck?

I’ve always been fascinated by the idea of serendipity, and the extent to which historical events have hinged on happy accidents. The discovery of penicillin and X-rays; Newton and the apple; Archimedes in the bath. So often, it seems, someone trying their best to work out a difficult problem ends up stumbling onto the solution by accident. That prompts the interesting question: do you have to leave everything up to chance? Or can you organise your life in a way that maximises the chances of these unintended benefits? I think you most certainly can.

Is it possible to organise your life in a way that maximises the chances of happy accidents? 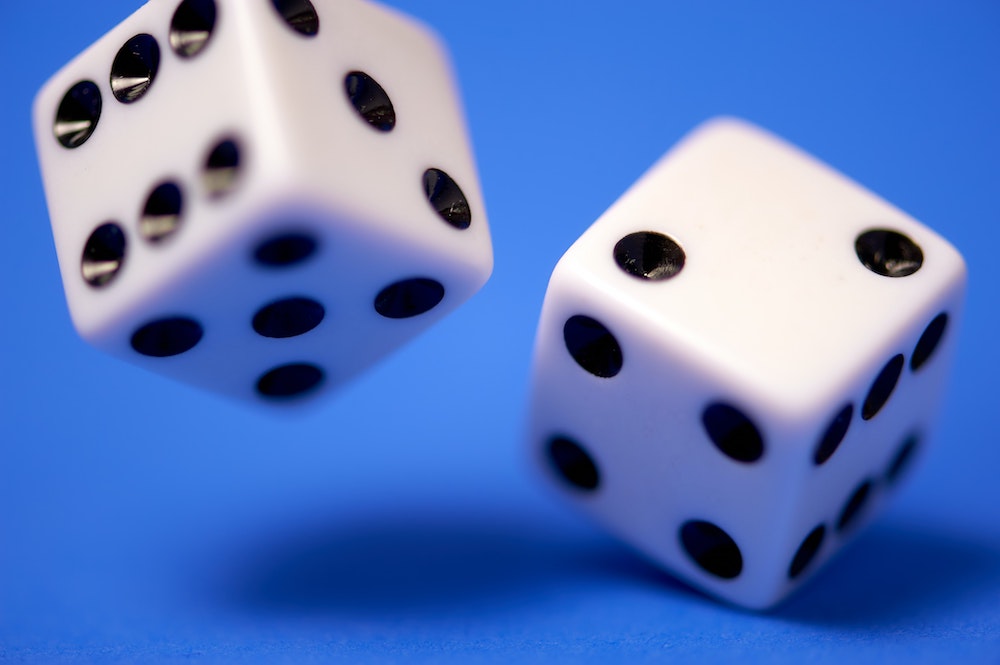 Serendipity, besides being a wonderful word, is a useful concept. First coined by Horace Walpole – son of Britain’s first Prime Minister – in 1754, the sociologist Robert K. Merton traced its evolving definition, from “finding something you weren’t looking for” to its modern usage. That definition is still usefully vague, but it’s come to mean something like “happy accidents” or “unexpected benefits” – chance events that lead to fortunate outcomes.

Chance discoveries have played a part in countless scientific advancements and inventions. Although scientists sometimes prefer to pretend otherwise, and downplay the role of chance, it’s reasonable to credit serendipity with the discovery of penicillin (Fleming returned from holiday to find mouldy samples in his lab sink), X-rays (Röntgen stumbled on them while playing with cathode ray tubes), the anti-motion-sickness drug Dramamine (the researchers were testing it as an anti-allergy drug, and a trial participant happened to mention that it cleared up her travel sickness), and countless other important discoveries.

But if serendipity is the result of chance, does that mean it’s out of our control? Are we just at the whims of fate? Can we organise our lives to be more conducive to these serendipitous benefits?

Three factors govern the supply of serendipity in our lives and the extent to which we notice and benefit from that serendipity:

Our supply of interesting opportunities is certainly within our control. Most straightforwardly, we could deliberately put ourselves into situations of extreme novelty: travelling, for example, or seeking out new people to meet, or reading unfamiliar materials. It’s also possible to introduce randomness into what might otherwise be routine, as the writer Robin Sloan has described in his own writing process. However you do it, putting yourself in front of a steady stream of new things – increasing your supply of novelty – will increase the chances of encountering unexpected benefits.

But we’re also surrounded at all times by unnoticed novelty, which links to the second factor: the extent to which we notice and respond positively to novel situations. There are countless ways to respond poorly to novelty. We can ignore it; we can notice it but greet it with indifference; we can fear it; we can attack it, as we might if it runs counter to our existing beliefs. All of these responses ensure the snuffing out of serendipity. The only response that allows for serendipity is improvisation: embracing novelty and making it a part of what you do. The anthropologist Mary Catherine Bateson wrote:

“Adaptation comes out of encounters with novelty that may seem chaotic… Ambiguity is the warp of life, not something to be eliminated. Learning to savour the vertigo of doing without answers, or… making do with fragmentary ones, opens up the pleasures of recognising and playing with pattern, finding coherence within complexity, sharing within multiplicity.”

But this is hard; hard in general, and harder as we get older and more established. Again, Bateson writes:

“Wealth and power are obstacles to learning. People who don’t wear shoes learn the languages of people who do, not vice versa. Given a choice, few will choose the reversal of status that is involved in being ignorant and being a learner.”

That willingness to adopt the posture of the learner influences the third factor: the extent to which we grow as a result of our encounters with serendipity. Even if we improvise in changing circumstances, we can fail to adapt as a result of that improvisation; we can return once more to our old ways once the moment passes. But, equally, we can choose to adapt, to grow and to learn. If we do, we can create a positive feedback loop, where our response to novelty itself produces more novelty. Serendipity is far from a chance encounter. It’s the inevitable result of our becoming broader, more varied, more interesting, more interested people – and the cause of it, too.

Donald Trump and the Sweepstakes Scammers

The late eighties in the US was a time of many things, not many of which have aged well. One of them was the sales promotion:

“America was in the grip of a sweepstakes mania. The industry had grown to an estimated value of a billion dollars, and every company, from Toys R Us to Wonder Bread, seemed to be running giveaways and promotions. Even Harvard University’s alumni magazine was offering ten thousand dollars in Sony electronics.”

One company ran countless such promotions. There was just one problem: they were all rigged. Jeff Maysh tells the story, which – like all stories of fraudulent eighties excess – inevitably ends up involving Donald Trump. #

How Andrew Tate built an army of lonely, angry men

Ash Sarkar on the loathsome Andrew Tate, and his place in the “attention economy”:

“I suspect that the only person more pleased than me about picking up this commission to write about the former kickboxer’s misogyny, the dangers of his online reach, and its impact on impressionable young men is Tate himself. He makes no secret of his thirst for notoriety, nor the seeming pleasure he takes in being a source of distress to others. In the attention economy, there’s not a huge difference between a dedicated critic, or a loyal fan. A follow is a follow, whether it’s motivated by adoration, loathing, or morbid curiosity. A feminist writing for a mainstream publication like GQ about the poisonous influence of Andrew Tate isn’t a challenge to his business model. It’s a sign that it’s succeeding.”

Murray Gell-Mann: the making of a physicist

I was previously familiar with Murry Gell-Mann only through Michael Crichton’s Gell-Mann amnesia:

“Briefly stated, the Gell-Mann Amnesia effect is as follows. You open the newspaper to an article on some subject you know well. In Murray’s case, physics. In mine, show business. You read the article and see the journalist has absolutely no understanding of either the facts or the issues. Often, the article is so wrong it actually presents the story backward – reversing cause and effect. I call these the ‘wet streets cause rain’ stories. Paper’s full of them.

“In any case, you read with exasperation or amusement the multiple errors in a story, and then turn the page to national or international affairs, and read as if the rest of the newspaper was somehow more accurate about Palestine than the baloney you just read. You turn the page, and forget what you know.”

But this interview, from 2003, reveals a thoughtful, interesting, curious and funny man whose first interest was in languages and who retained a humanity and humour throughout his scientific career:

“I was still discouraged, though, about having to go to MIT, which seemed so grubby compared with the Ivy League. I thought of killing myself (at the age of 18) but soon decided that I could always try MIT and then kill myself later if it was that bad, but that I couldn’t commit suicide and then try MIT afterwards. The two operations, suicide and going to MIT, didn’t commute, as we say in math and physics jargon.”

The Ongoing Influence of QAnon and its Self-Made Mythologies

Mike Rothschild on the ongoing developments within QAnon, the loose movement of conspiracy theorists that emerged during Donald Trump’s initial run for president in 2016.

“In the post-Trump world, the QAnon movement split along two parallel tracks. Sometimes they happened to intersect, but many other times they went their own way…

“One track was a mainstreaming of Q’s core tenets to the point where the basics of QAnon – the drops, the obscure ‘comms’ – were no longer necessary, or even desirable. Q was no longer the cool, secret club that you had speak the jargon to have a chance of getting into. It was just ‘conservatism’ now.

“The other track was much farther on the fringe than even most Trumpists were willing to travel. This was where Michael Protzman and his devoted cultists in Negative48 rode, along with other, even more outwardly racist and ant-Semitic new Q promoters. On this track, Q drops were still gospel and the ‘comms’ still were being decoded for all their secrets. And there were a lot of secrets. Trump and JFK Jr. spoke in number codes with Prince and Elvis, quantum medical beds and NESARA would deliver permanent health and prosperity to all, and Trump was still actually the president of a ‘devolved’ military government. Fewer people were in this part of Q’s big tent, but they got a lot of baffled media attention for their bizarre antics – gematria cultists waiting for JFK and drinking industrial bleach out of a communal bowl to fight COVID will get clicks.”

The US SEC runs a successful whistleblower incentive programme. If you’re aware of someone who’s breaking financial regulations, you can tip off the SEC. If they’re eventually prosecuted and fined, you can earn a share of the fine – anything from 10 to 30 per cent. Several people have earned individual awards of over $100m for their tips.

The result, though, is a fascinating case study in unintended consequences and perverse incentives. Alexander I. Platt at the University of Kansas School of Law discovered that the scheme (along with a similar one run by the CFTC) has effectively been captured by a small pool of professional lawyers. Awards are dominated by whistleblowers who are represented by lawyers, but in particular by lawyers from a small set of firms and by lawyers who used to work at the SEC.

The result is that the capability of sifting through the avalanche of tips that arrive each day at the SEC has accidentally been outsourced to private law firms, who (naturally enough) prioritise their own interests. #