When does complexity stop innovation?

It’s sometimes satisfying and sometimes frustrating to watch disruptors take on big, established players and shake things up. Often they combine a refreshing new energy with a maddening incompetence and a failure to get the basics right – leading to bigger failures in their battles with their respective Goliaths.

One reason that new entrants fail is because barriers to entry are too high. Sometimes those barriers are material – the cost of building a factory, the work required to develop some IP. But there are also barriers caused by the fact that the world is a complex place, and incumbents have had more chance to deal with that complexity. That’s what this week’s article is about.

Sometimes, incumbents seem slow and cumbersome – but their complexity can make them harder to disrupt 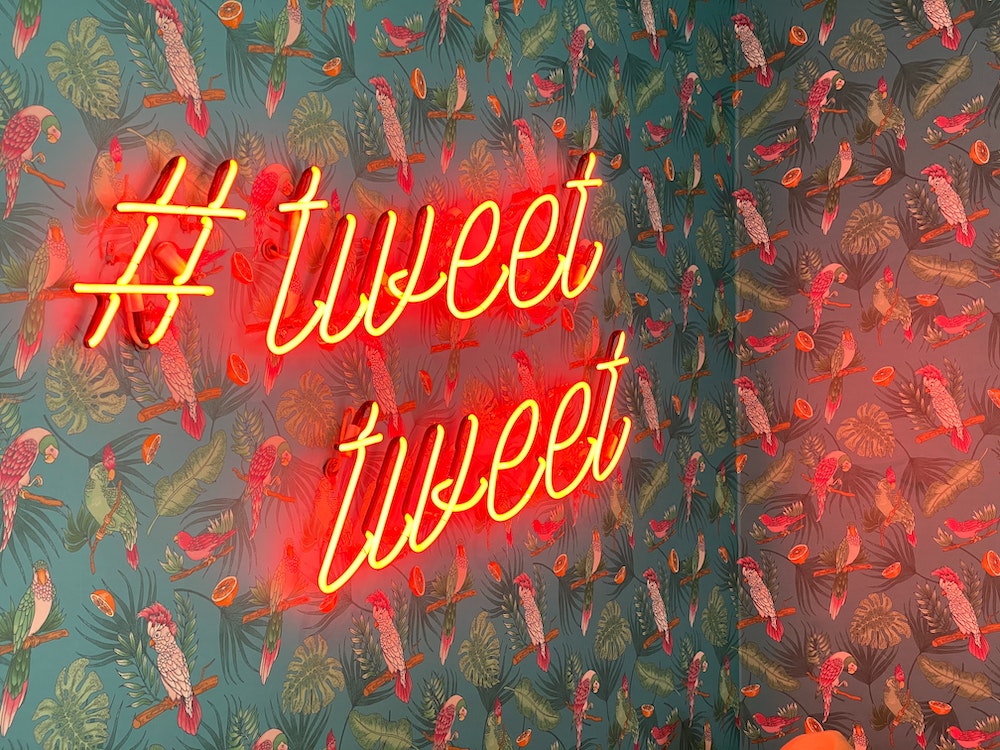 The virtual airwaves have recently been dominated by the fallout from two big disruptions. The first is Elon Musk’s takeover of Twitter, the subsequent exodus of its users, and the attempts to create new, alternative online “town squares” such as Mastodon. And the second is the ongoing turmoil in the world of crypto, particularly following the collapse of former golden-child Sam Bankman-Fried’s crypto exchange FTX.

In both cases, we’re seeing new players try to disrupt established systems that have grown up over years – centuries, in the case of traditional finance. In both cases, there are teething troubles, issues where those disruptors find themselves unable to replicate some basic competency of the system that they’re disrupting, often with embarrassing or alarming results.

In the case of emerging social networks, that basic competency is generally an ability to handle “free speech” issues and content moderation. In the case of crypto, it’s generally an ability to keep track of customers’ money and not get hacked. These seem like basic issues, solved problems, and that’s because the incumbents handle them so smoothly and make it look so easy. You don’t generally stumble upon horrific imagery while casually browsing Twitter and you don’t generally lose money that you deposit in your bank account.

So why do disruptors find it so difficult to develop the same levels of competence?

Denise Paolucci used to head up the Abuse team at LiveJournal, back when the site was one of the most popular in the world and served the function that social networks tend to serve today: connecting people, for good and for ill.

Paolucci’s observation is that abuse on the modern internet has become more widespread, more industrialised, more perfected in the past ten years, which creates deep implications and responsibilities for new startups:

“The era where college kids could set up a minimum viable product and figure everything else out as they go, without a splash radius the size of a neutron star in human lives, is over.

Mike Masnick, who founded influential tech website Techdirt, made a similar observation, outlining the various stages of content moderation that online platforms inevitably go through, from permitting all speech at the outset to eventually having teams of thousands of content moderators and lawyers who must respond to horrendously complicated legal and moral issues at lightning speed.

Twitter, like LiveJournal before it, has been at the forefront of this explosion in the scale and complexity of online abuse. Because of that, it’s had the luxury of growing with it, keeping up with an arms race and gradually developing its own responses to the continuing escalation of abusers. New entrants like Hive and Mastodon are having to try to catch up to that best-practice with smaller teams, smaller budgets, from scratch, and while doing a million other things. It’s no wonder they’re finding themselves caught out, embarrassingly behind the best practice, trying their best but falling short.

In the second example, crypto exchanges have found themselves struggling to replicate what might seem like some of the most basic functions of a financial institution, such as keeping track of their customers’ balances and recording transactions.

Take Celsius, for example, which imploded earlier this year. It recently filed a report about its practices when dealing with customers’ deposits:

“Due to time pressure and lack of engineering resources, Celsius chose to rely on manual reconciliations and transfers of crypto assets without robust controls for the Custody program, with aspirations of developing a more effective process later.”

As Matt Levine commented, “Every decision here is understandable, but annoying. There is no horrific malfeasance; there are just, like, Google Sheets.” Although the crypto world is full of outright frauds, often these cases involve honest people, trying their best but falling short.

Just like social networks with abuse, traditional financial institutions have had the luxury of years to hone their processes. They dealt with deposits and withdrawals when that was a pen-and-paper process; they were defrauded and learned how to spot and prevent that fraud; they adopted computerisation gradually and learned what the benefits and limitations of that were. Crypto and DeFi startups find themselves having to incorporate all of that learning and complexity into their new systems, built at high velocities and with small teams. It’s no wonder they, too, often fall embarrassingly short of best-practice; it’s virtually impossible for them not to.

Both cases share the same underlying dynamic. In both cases, complexity has emerged gradually, and incumbents have been able to grow their own, equally complex, ways of dealing with it. They’ve had the luxury of starting from a simple system that works and growing a complex one that also works, as per Gall’s law.

Often the result is processes that seem cumbersome, slow, and unfair; that’s usually what inspires the disruptor in the first place. “I’m going to make a bank that doesn’t rely on a central actor to keep track of transactions,” or “I’m going to make a social network that really values free speech.”

Sometimes the disruptors are wrong, as I suspect they are with content moderation; what might appear to be crusty and inhibiting to some is actually just the only reasonable compromise in a world full of difficult choices and impossible trade-offs. Sometimes they’re right, though; businesses and industries can get stuck in their ways, monopolies can breed complacency, and sometimes we do need a bit of good old creative destruction.

Regardless of whether they’re right about its necessity, the point is that the complexity itself provides its own barriers to entry for the disruptors. It creates a benchmark that’s difficult to reach from a standing start, and it creates a moving target that can be difficult to keep up with while trying to build a new business and a new model. It forces new entrants to try to design a complex system in one go, rather than growing one gradually; and, as ever, that’s a risky business.

Another bit of self-promotion, if you’ll indulge me. As part of the general mood that’s in the air at the moment, focused on moving away from the internet’s various large walled gardens, I’ve decided that having my photos exist only on Instagram isn’t really much fun. And so I’ve started a little photo blog, focused on my home city of London.

I’m going to use to it for photo essays about the city, its people, and how it changes over time. There are a few up there already, on London in Lockdown, the Queen’s funeral, the recent Iranian protests, and the final years of Smithfield Market. #

I stumble across a lot of interesting oddness on the internet and in books, most of which will never make it into blog posts here on Roblog. So I’ve decided to set up a mini, daily, “Today I Learned”-style blog that captures it. It’s called Tiller.

Posts will be daily (well, almost), short, and hopefully interesting. So far I’ve got some things about stunts with crocodiles, shockingly filthy blues songs, and trade union blacklisting in the construction industry, so they’ll also be pretty eclectic. #

Fighting to save the last trams of India

A short (8-minute) documentary about the last trams in India: those of the 149-year-old Kolkota tram system. It’s on its last legs, down to 12–15 trams from its height of 300, and there are suggestions that the government of West Bengal will shut the service down.

Activists are fighting to save it, both as a symbol of Kolkata’s history and heritage and as a cheap, environmentally friendly and low-congestion method of transport in what is an increasingly crowded and polluted city. #

Dan Hancox expertly captures the vibe of Facebook’s boomer nostalgia groups, that yearn for a vague and unspecified time period when men were men, health and safety legislation didn’t exist, and you had to ask your parents for permission to leave the table after your tea. On the face of it, they’re quaint and a little absurd, but they reveal quite a lot of what’s rotten in the English collective psyche:

“When we talk about the past, we always reveal something about the present. It is hard to imagine a more intriguing or overlooked body of evidence for assessing recent British social history than these Facebook groups: they have given us something like a more chaotic, 21st-century version of Mass Observation. They may not be ‘representative’ in any quantifiable way, but the sample size is vast, and these memes are a canvas for a whole range of contemporary insecurities and collective memories. History is written by the winners, but anyone can share a post on Facebook.”

Architectural Review has a great piece on Peter Barber, the revolutionary architect who has designed and built some of the most forward-thinking social housing in the UK.

Barber himself is a product of an era in which social housing was prioritised and popular:

“Barber was a student in 1979, the year when the proportion of the British population living in council housing peaked at 42 per cent (today the figure is approximately 8 per cent). Britain’s first few council houses were built in the 1860s… but it was only in the aftermath of two world wars that central government ramped up funding – first in 1919 and then again in 1945 – for council-house building to gain real momentum. Completions peaked with around 150,000 homes built each year.”

I particularly like the bright-white, Mediterranean-inspired Donnybrook Quarter in Bow…

…and the stately brick car-lessness of this development on the Becontree Estate in Dagenham, which cleverly built on a cut-through between two roads while maintaining the pedestrian access:

Palmer Luckey, inventor of the Oculus Rift VR headset, has designed a headset that will kill its wearer if their character in the video game they’re playing dies:

”When an appropriate game-over screen is displayed, the charges fire, instantly destroying the brain of the user…

“At this point, it is just a piece of office art, a thought-provoking reminder of unexplored avenues in game design. It is also, as far as I know, the first non-fiction example of a VR device that can actually kill the user. It won’t be the last.”