He was a lawyer, a banker, a socialite, a scientist, and a war-winner – and the most interesting person you might never have heard of 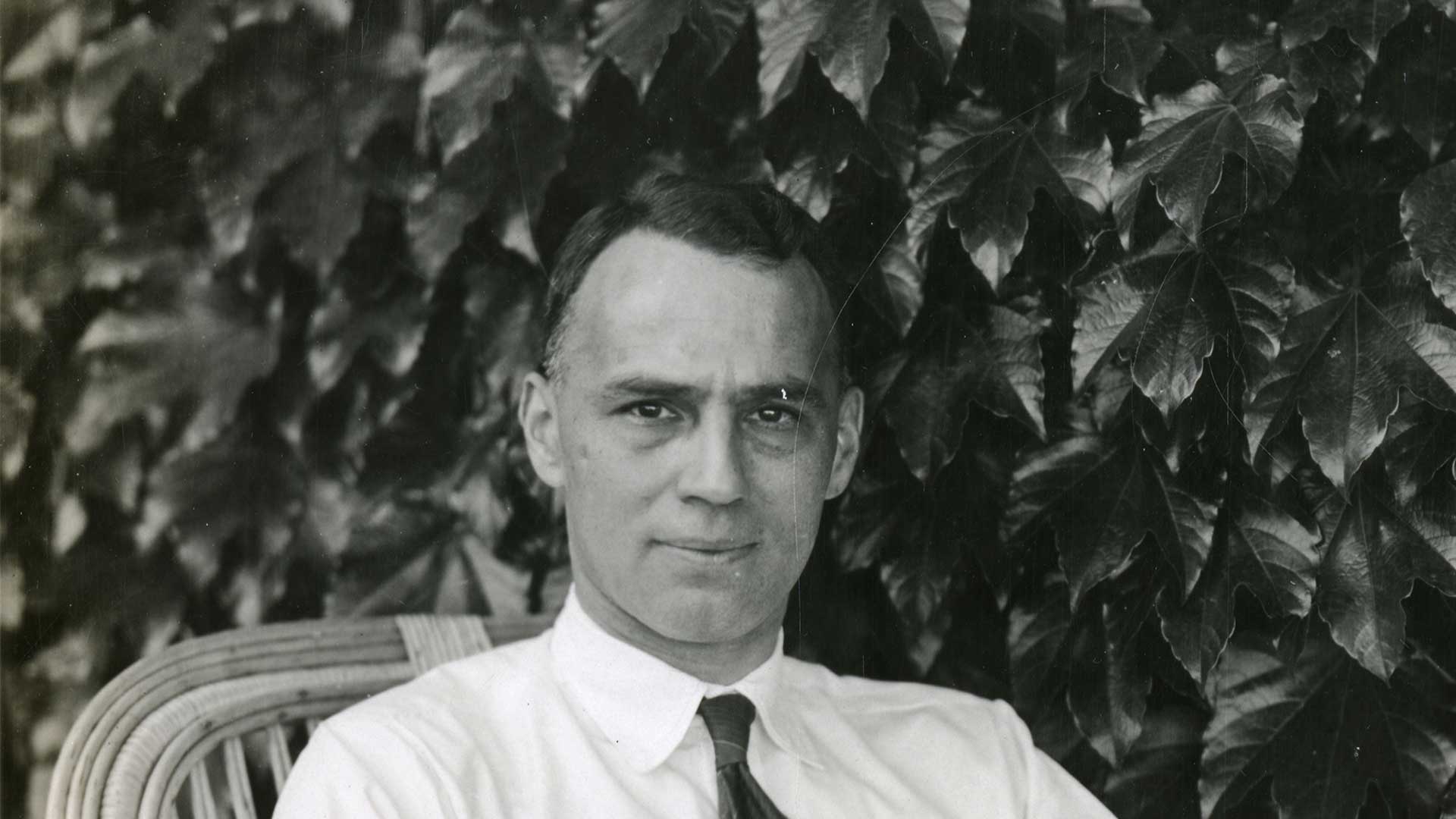 Alfred Lee Loomis was a lawyer, a banker, a socialite, possibly one of the most influential physical scientists of the twentieth century, and can reasonably claim to have done more than any other civilian to bring a swift end to World War II. And yet, in the intervening decades, he’s faded into obscurity.

Loomis’s story is one of incredible intellect, unimaginable wealth, a breadth of ability that spanned from the abstract and theoretical across to the practical and logistical, and an unbelievable knack for knowing the right people and putting them into contact with one another. He applied these generational talents relentlessly to the hardest problems facing science throughout the first half of the twentieth century. He deserves to be far better known.

Alfred Lee Loomis was born to a prosperous New York medical family in 1887. As a child, he developed interests in both chess and magic, and was a prodigy at both, able to play two simultaneous blindfolded games of chess and building a broad collection of magic props and tricks. This easy facility with knowledge was a theme of Loomis’s life: he seemed to have a knack of being able to learn everything there was to know about a subject, in a remarkably short time, through independent reading alone.

Despite a childhood interest in science, Loomis went to Yale to study liberal arts in 1905, before attending Harvard Law School. He practised as a lawyer on Wall Street, with great success, until the outbreak of World War I. Loomis joined the Army and, to the surprise of his fellow officers, discovered he knew more about artillery – including the latest developments taking places in the war in Europe – than anyone else in the military. As a result, he was sent to the Aberdeen Proving Ground in Maryland to work in research and development, where he made several inventions that revolutionised ballistics, including the Aberdeen chronograph that was the state of the art in measuring the velocity of projectiles for twenty-five years after the war.

After World War I, Loomis returned to Wall Street. Eschewing law, he instead set up an investment bank with his brother-in-law, Landon Thorne, and made a killing by setting up and financing the public utilities companies that came to dominate the economy in the 1920s.1 At one point, the brothers were handling financing of $1.6 billion, an unimaginable sum for the time.

Just before the Wall Street Crash in 1929, and the subsequent Great Depression, Loomis and Thorne sensed that the market was due a correction – that it had reached levels unsupported by its fundamentals. Converting their fortune mostly to gold, the brothers managed to cash out at the peak of the market, protecting their fortune through the depression and even making more money as they bought up cut-price stocks that their ruined original investors couldn’t afford to buy back.

Loomis had made enough fortunes for a hundred lifetimes, but he didn’t retire: he channeled his money, and his time, into scientific pursuits, building a laboratory at his estate in Tuxedo Park, around 35 miles from New York City. Better-equipped than that of most contemporary universities, Loomis’s lab boasted the latest equipment, a machine shop, a full-time mechanic, and guest accommodation for visiting scientists. Loomis arranged – and paid – for European scientists to visit Tuxedo Park, facilitating a cross-Atlantic meeting of minds that included Alfred Einstein, Werner Heisenberg, and Enrico Fermi. He financed and supported Ernest Lawrence’s cyclotron, which would win Lawrence the 1939 Nobel Prize in Physics.

With the outbreak of World War II, Loomis again threw himself into the war effort, and without a doubt his most significant efforts were in the development of radar.

Although radar had been invented by British scientists in the 1930s, it wasn’t yet at a point where it was militarily useful. State-of-the-art radar sets in 1940 were too large to fit into aircraft, and too inaccurate to be relied upon. Knowing that they would never develop the technology on their own – they were stretched too thin, and the war situation was too desperate – the British rolled the dice and took their secrets to the Americans, reasoning that well-developed radar might turn the tide of the war and that only the Americans could help.

Loomis facilitated a meeting of British and American scientists at Tuxedo Park, and a plan was quickly formed. More than a year before formally entering the war, after the events of Pearl Harbour, the US began the MIT Radiation Laboratory – the Rad Lab – in order to develop radar systems that would help the Allied war effort. The Rad Lab employed 4,000 workers, including 10 future Nobel laureates, and pressed ahead with its research even despite the scepticism of the military.

No mere broker or facilitator, Loomis himself had a hand in many of the scientific developments at the Rad Lab. Perhaps his most lasting impact was his invention of Loran, “Long Range Navigation”, a precursor to GPS that used radar to allow ships and aircraft to locate their exact position on the earth. Building on Loomis’s early expertise in timing devices, developed at the Army proving grounds in World War I, the Loran system had a range of 1,500 miles, was accurate down to the tens of miles, and remained in use until the 1980s when it was supplanted by GPS.

Loomis straddled the law and technology, art and science, and moved just as easily through either world. Society had not yet split fully, as C. P. Snow was to write about in the 1950s, into the “two cultures” of the humanities and the sciences. But even for the time his fluency in both worlds was remarkable, and enabled much of his good work.

He did all this at a time when science was perhaps in a cultural sweet spot. On the one hand, it was becoming increasingly specialist, requiring of collaboration between large numbers of people, and had applied branches that required large-scale, industrialised production methods. But on the other, it hadn’t yet splintered into countless narrow specialisms; it remained something that could still be understood by single individuals – albeit utterly remarkable ones. This crucial moment allowed someone like Loomis, commanding a better overview of the physical sciences than perhaps anyone else, to act as a sort of glue between countless researchers and theorists, making connections both theoretical and human.

What makes Loomis’s achievements all the more impressive, looking back with the benefit of nearly a century’s hindsight, is the modesty with which he approached his work. Even as a young man, Loomis claimed that the ideal life was one of “prosperous anonymity”, and he lived that principle to the end. As Caryl Haskins, a close friend and research partner, said:

“He didn’t take credit for things, that was very characteristic of him. Of course, he was known in closed circles, but not widely known, after the war. History forgot him. Well, in a sense he forgot himself, because he didn’t care about all that. He wasn’t interested in the past. He was interested only in the present and the future.”