Sometimes, the most successful option isn’t the one you’d have chosen – and the least-worst option is the best 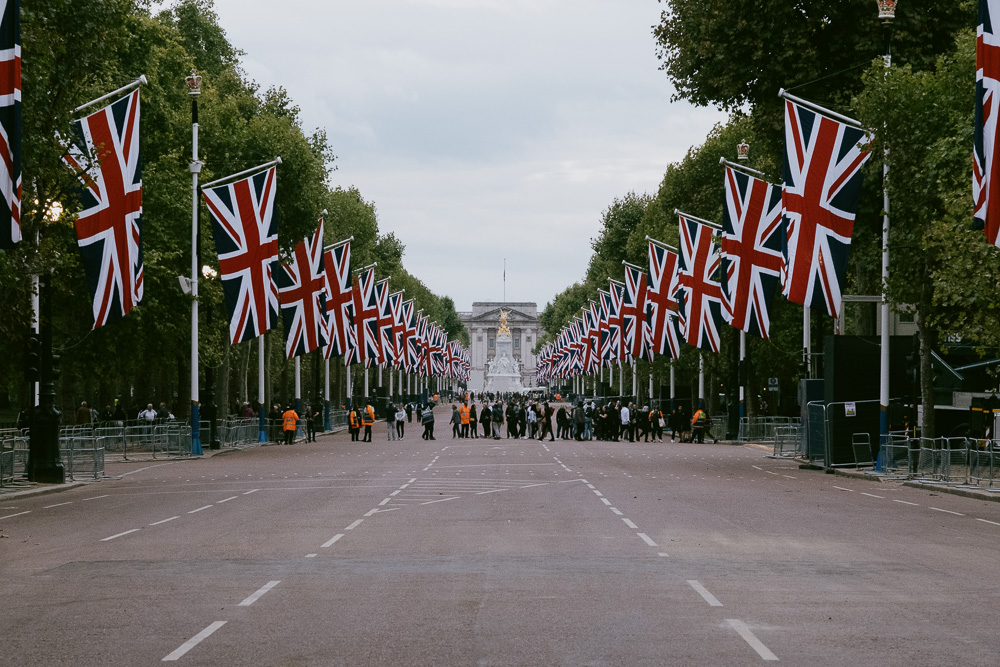 If you were founding a society in 2022, it seems pretty likely that you wouldn’t decide to make a single family its perpetual hereditary rulers-for-life. You wouldn’t design an elaborate system of pomp and pageantry with which to support this family, and you wouldn’t advance religious arguments that claimed they’d been chosen by god for the purpose. Monarchy is, on the face of it, a system at odds with the principles of the modern world.

It’s certainly entirely at odds with my own, as an egalitarian who believes that one’s prospects in life should be determined as little as possible by mere accidents of birth. The idea of an anointed monarch, chosen by god and deserving of the throne by birthright as a result of their superior blood… it’s not exactly up my alley.

And yet it’s interesting that something so seemingly flawed, opposed by so many, contrary to so many principles that we claim as a society to value, could have survived for so long and to have won so much support from all strata of society. In that context, the monarchy is an example of lots of interesting dynamics, dynamics that allow ideas to survive in society even when they’re seemingly irrational – and that show that the seemingly irrational might not be so irrational after all.

These dynamics are Chesteron’s fence, the least-worst option, the Lindy Effect, and parasocial relationships.

The writer G. K. Chesterton observed many strange, irrational, and on-the-face-of-it unnecessary aspects of society; he used the example of a fence across a road. But he recognised that they’d emerged for a reason, and suggested that reformers only be allowed to reform if they could advance an argument for the current situation, showing that they understood it. This idea is called Chesterton’s fence.

It’s straightforward to view the monarchy as such a fence. On the face of it, it’s straightforwardly irrational, and you’d be tempted to reform it away. The question then becomes: why hasn’t someone done it already? There have been plenty of opportunities, and yet the monarchy has survived. To follow Chesterton’s argument, that probably means we’re missing something. Seemingly irrational things are often thoughtful and necessary compromises, put in place to solve a problem you haven’t anticipated. And so it is with the monarchy: once you think of the problems it solves, you understand its survival a little more. To be able to have a non-political head of state that everyone can theoretically rally behind; to have some socio-political stability on the scale of decades, not years; to skip the hassle of regularly electing a figurehead; to somewhat decrease the chances of that figurehead exploiting popular sentiment to install themselves as dictator. This particular fence has some arguments going for it, at least.

As a messy and pragmatic compromise, then, monarchy might well be the least-worst option. Winston Churchill famously said that democracy “is the worst form of government except for all those other forms that have been tried from time to time”. That is, it exhibits manifest flaws, but remains the least bad of all the possible alternatives. In the messiness of human society, with individuals’ competing desires and vast differences of power and wealth, the best solutions are rarely perfect and rarely designed; they rarely feel like the straightforward best, but merely the “least worst”.

Things that we see as Chesterton’s fences and the least-worst option, but which solve real problems in society, tend to exhibit the Lindy effect. A 70-year-old person has less remaining lifespan, on average, than a 5-year-old; for humans, each additional year of life decreases the remaining life expectancy. But the same is not true of ideas and institutions. If an organisation has been around for 5 years, we don’t have a good reason to think it will be around for much longer in the future. If an organisation has been around for 70 years, though, it’s demonstrated staying power; it’s already adapted to many changes, and shown itself to be useful enough that successive generations have maintained it. You can more comfortably predict that its future lifespan will be equally long. It’s as though each additional year of life increases the remaining life expectancy. This is the Lindy effect.

The monarchy is a shining example of this. The new King Charles will be crowned next year at Westminster Abbey, the same place that his ancestor William the Conqueror was crowned nearly one thousand years ago and the same place all but two of the intervening monarchs have been crowned. Few other institutions have demonstrated the same longevity and consistency, and you wouldn’t bet against one of Charles’s descendants being crowned in the same place in another thousand years.

Parasocial relationships with the monarch are particularly powerful: with a constitutional role that restricts them to waving, cutting ribbons and making small-talk, and that expressly forbids them from making any sort of interesting statement in public, monarchs become blank canvases on which their subjects can paint whatever they like. And so the Queen could be the nation’s collective cuddly granny, a stirring symbol of dignity and resolve, a connection to the past, a wit, a disser of Donald Trump, a style icon, or an anointed servant of god – whatever people needed her to be at any given moment. And so the position of the monarch becomes more secure over time, even without – especially without – them revealing any more about themselves.

On one level, to subject institutions like the monarchy to rational enquiry is somewhat like trying to explain an operatic aria using the physics of soundwaves – it’s certainly possible, but it somewhat misses the point. As Martin Amis wrote back in 2002:

“The Royal Family is just a family, writ inordinately large. They are the glory, not the power; and it would clearly be far more grownup to do without them. But riveted mankind is hopelessly addicted to the irrational, with reliably disastrous results, planetwide. The monarchy allows us to take a holiday from reason; and on that holiday we do no harm.”

It might not be what we’d design if we were starting from scratch, but that’s moot; we don’t have that luxury. Politics and culture and society are the product of countless emergent processes and are full of ugly, pragmatic compromises. These compromises have the appearance of rust and barnacles on a ship’s hull, something to be chiselled off and cleaned; but they’re actually the whole hull itself, the whole ship, holding everything together. That shouldn’t stop us reforming things, least of all the monarchy. But there’s no perfect alternative – just another set of compromises.